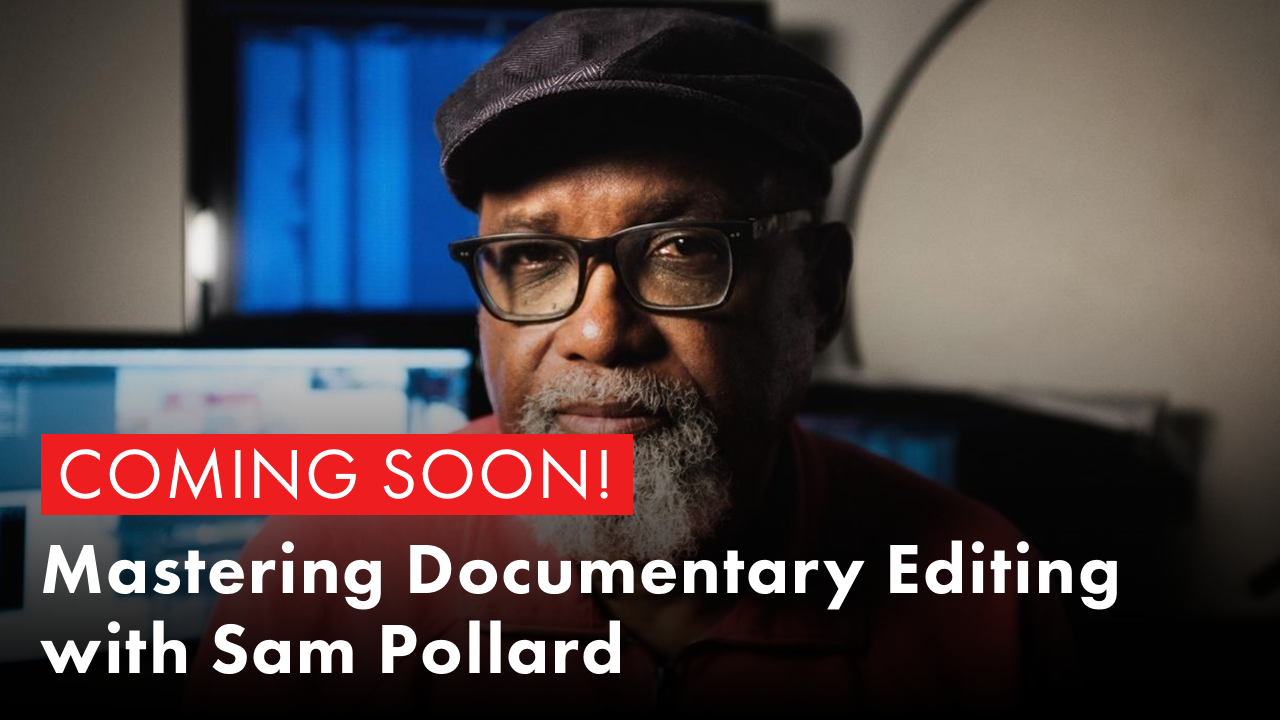 Nominated for an Oscar for his work with Spike Lee on the film Four Little Girls, Sam Pollard is a documentary editing master.  His first feature documentary as editor is the stuff of legends; Style Wars helped define an era.  After years of helping directors achieve their vision, Sam began to direct films himself, including Two Trains Running and Sammy Davis Jr.: I've Gotta Be Me. Join Sam as he explores the craft of documentary film editing and learn his techniques, tricks, and thoughts behind editing.